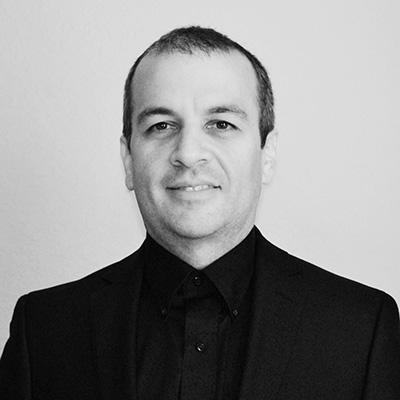 Changing Company Culture at a Power Utility: Lessons From a Maintenance Scheduler 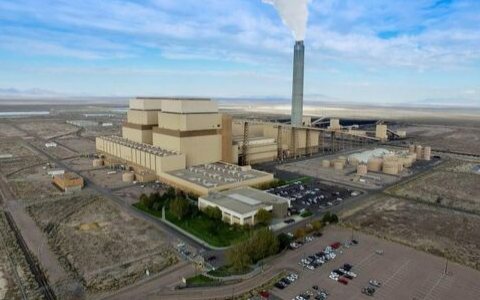 Changing Company Culture at a Power Utility: Lessons From a Maintenance Scheduler

Public speaking: for a lot of people, it’s on their list of things they’d rather not do. Ditto with accepting change. It takes a brave, strong person to be able to do both. Luckily for all of us, Kelly Schena is one of those people.

After 16 years in human resources in the airline industry, at times overseeing legal affairs and HR issues for 11,000 employees, Kelly and her family made the move from Saint George to Delta, Utah. There, she started the next chapter of her career as a Journeyman Industrial Mechanic (and now Scheduler) at Intermountain Power Service Corporation (IPSC).

She participated in the adoption of IBM Maximo CMMS at IPSC – a long-term project that requires her to manage change, strengthen interdepartmental relationships, evolve the organizational culture and break down barriers.

And if that doesn’t tell you enough about Kelly’s courage, let me say this: she presented in front of a large audience at Maximo World 2018, revealing the hard-won learnings that she and the IPSC team have discovered through years of effort and experimentation.

Kelly’s presentation contained tons of valuable information about managing technological change at your organization – and if you weren’t able to witness it first-hand at Maximo World, we still wanted you to be able to benefit from what she had to teach.

So, I sat down with Kelly to cover the highlights of her presentation, “How Technology is Fueling Our Change.”

Background: Facing the Challenges at IPSC

“To set the stage for this story, I’ll explain who IPSC is and what we do,” says Kelly. “Our facility is a two-unit, coal-fired power generating facility with the capacity to produce 1900 MW of energy. We send this energy through our project-owned AC/DC transmission lines to approximately 1.3 million homes, mainly in Southern California. And IPSC has been doing this for 35 years. But, the leadership team was well aware of one inescapable reality: fossil fuels are not part of the future. And knowing this, they decided it was time to make some serious adjustments – one major change being the shuttering of two coal-fired units by 2025 and moving towards natural gas and other renewable energy sources.”

But making those adjustments wasn’t going to be easy. As Kelly explains: “In the 35 years that IPSC has been in service, there had been little to no variation in processes. Turnover at IPSC was just 4%. When you compare that to 30% in other industries, you get the picture. So, a lot of the pain we were experiencing came from a lack of change and not being prepared for it. We needed to become more efficient. But, as I said in my presentation, a lot of that pain was self-inflicted. So, that’s what I want to share: the things we’d do differently and the lessons we learned, so hopefully others can avoid some of that pain.”

Starting in 2012, IPSC decided to implement a new Asset Management system: IBM Maximo. Kelly had her work cut out for her and was met with some resistance from employees – but, as she’ll explain, their pushback wasn’t out of pure stubbornness. I’ll let her tell it, but learning to listen to these dissenting opinions was a big part of IPSC’s journey.

“When we started with Maximo,” Kelly says with a hint of irony, “our intent was to be organized and to adapt our processes to match an out-of-the-box Maximo set up. We knew Maximo had great best practices built into the system. But, as I think happens with many organizations, configuration is a slippery slope. We didn’t technically customize Maximo or change the business rules, but we were under the impression that if we just "configured" instead of "customized" that somehow we would avoid the ramifications of having a custom product.  We eventually configured ourselves into a corner.”

What’s wrong with a little too much configuration?

“Well,” says Kelly, “it’s been like a custom product. We broke new things every time we updated. We were using fields incorrectly and that broke things. We were changing what things mean inside of Maximo. There was no consistency anywhere. Our software team had so much work to do every time we updated to repair what broke. Maximo went live in July 2015 and we’d had over 2,000 condition reports submitted two years later. This came to a head when we tried to implement the AKWIRE vScheduler [now Prometheus Routine Maintenance], because our Maximo was so overly configured, we struggled to draw out the information we needed to successfully implement.”

“So,” she concludes, “that’s the first lesson: be mindful, strategic, and judicious about what you configure in your CMMS and other tools.”

Lesson 2: Do not create a climate for a power struggle.

During her presentation, Kelly showed this picture of an iceberg to demonstrate the seen (above the surface) and the unseen (under the water).

The way Kelly explains it, when the leadership team at IPSC announced Maximo, it created a breeding ground for a power struggle. They focused on the technology first and the people second and this led to a lot of pushback. And I when I say a lot, I mean one employee had a t-shirt made that said “I’m too old to Maximo” –  and that was just one of several anti-Maximo sentiments that were going around.

“That’s the second lesson: focus on change management. Focus on the things you can’t see; give the climate, the culture, and the engagement of your employees the full consideration it deserves.”

And that marries perfectly with Kelly’s next lesson: nurture and embrace a culture of collaboration.

“Specifically, I’m not just talking about team collaboration,” says Kelly, “Though that also has its place and its value. I’m talking about collaboration throughout the organization, right down to the front line and the end users. These are the people who are going to be caretakers of the product. Their work will affect how well your technology works.

“For us, we noticed that there were tremendous gaps in knowledge between employees. And what we realized was that a whole part of the conversation had not been represented. So, decisions were being made, but they were based on this one-dimensional understanding of our front line.

“So, I’m telling everyone: learn from our mistake: seek out contrary opinions and collaborate with those folks. Look for the people who are actively opposing the changes you want to make. Listen to them. Their opinions count – they may have excellent reasons for their resistance! Send them on site visits to see how others are using the tools. Make them part of selecting new devices and technology.”

She continues, “Make sure that you collaborate with your vendors too. Before you commit to anyone, make sure they are known for providing world-class support. No matter who it’s with, good communication and a culture of collaboration can make all the difference.”

“For instance, when it came time to implement AKWIRE [Prometheus Routine Maintenance], we’d already learned this lesson. And we got such a different response from the front line this time around. Even better, AKWIRE vScheduler [Prometheus] makes it easy for us to communicate across departments. AKWIRE [Prometheus] has changed the scope of our entire work environment. No more silos!”

Actual doodle drawn by an IPSC Asst. Superintendent that Kelly included in the annual board report.

“You learn a lot when you listen to your end users. Take my own experience for example. Prior to using AKWIRE [Prometheus], our previous scheduling tool slowed us down in many ways. For one, it had a record limit. As a Scheduler, I wanted to see out four or five weeks into the future, but it would take several thousand records to do that. I also wanted to get as many crafts scheduled to do work on tagged out critical equipment. With our previous solution, I couldn’t get enough records out there because the filtering ability was just not there. To make more efficient scheduling decisions, I needed to be able to see that an asset was going to be tagged out, and search by that Location so that I could get more work done on that asset while it’s down.

“I also love that I can change the status of something right there in AKWIRE [Prometheus]. If I see something needs tagging and isn’t tagged, I can do that. Every field is editable. And the heatmaps are awesome; I can click and drag jobs into place and see instantly how that affects my availability. Some of these features were supposed to be available in our previous solution, but we could never get them to work.

“But the thing is, a lot of those problems or frustrations aren’t fathomable to people who aren’t using the tool or doing that job day-in, day-out. Someone who isn’t a Scheduler isn’t going to know about record limits or heatmaps. That’s why upper management has got to ask. You’ve got to go to the end users and listen to them. See what they need. See what’s holding them back.”

“Lesson four is simple. When you think you’ve done enough training, do more. And then when you think you’ve done enough, DO MORE. One size does not fit all. At IPSC, we had vastly varying abilities and skill levels. How are you supposed to train for a group when some people barely know how to use the computer and others could code in their sleep? It’s nearly impossible for the trainer, and you’re virtually guaranteed to be wasting somebody’s time. So, we divided the classes based on skill level, and provided ongoing classes. We found that students will naturally put themselves in the classroom with the right skill level.

“With Solufy [Prometheus], we had Shannon come train our team for a week. An entire week and that was our sole focus: training. We’ve been using AKWIRE [Prometheus] for six months now, and we’re looking to have her come back, check in, and give us some refreshers.

“And in addition to training, you’ve got to give them time to practice. We found that when we left the legacy system running, employees just used what was familiar, and didn’t get in the practice.”

Lesson 5: People are everything.

“People really are your organization,” Kelly says with a smile. “It’s simple but it’s true. Everything that I’ve mentioned, it all comes down to people – and people are complicated. We were lucky that our leadership recognized that we needed a shift in culture at IPSC.

“It’s taken a lot of hard work and willingness to change, but we’ve come miles from where we were, being able to engage and collaborate with the staff. Now, we have a steering committee made up of mostly frontline employees. They’re the ones who have spearheaded our new behavior-based safety program, a mandate they came up with together. It’s called VOLTS: Valuing Our Lives Through Safety. Because of VOLTS, we now receive several hundred observations and suggestions each month.

"We’ve also taken other measures to increase employee engagement, from surveys, to leadership coaching and training. Give people a voice. Help them see their part in the bigger picture. You’ll go a long way when your whole team is all pulling in the same direction. And that’s what all these lessons lead back to: getting your team aligned."

It takes a pretty brave person to stand in front of a crowd – or in our case, to bear her soul to the whole internet – and discuss their “mistakes” and lessons learned with as much honesty and enthusiasm as Kelly does. But luckily for us, that’s just who she is. If your have questions about adopting new tools, collaborating with your end users, or maintenance Planning and Scheduling best practices, please let us know in the comments – we’d be happy to help answer them. 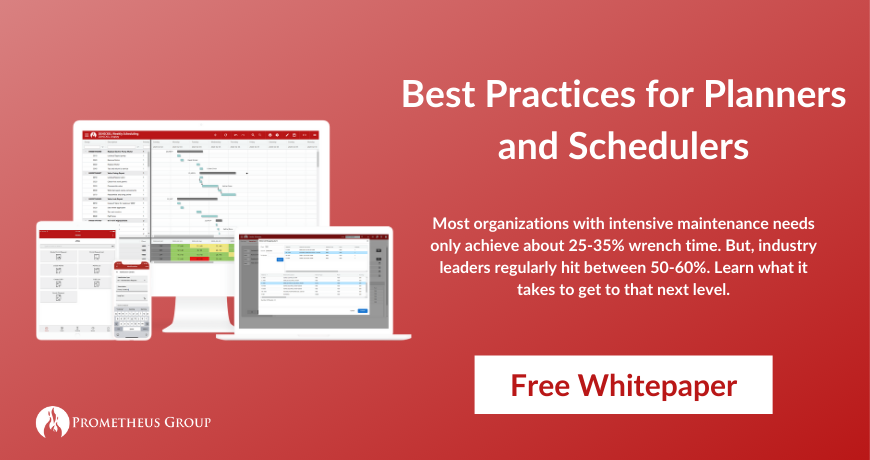 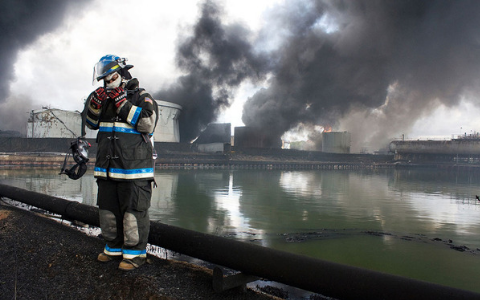 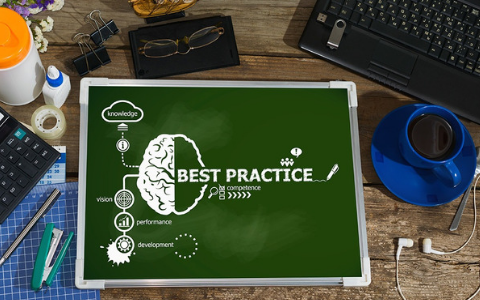 5 Important Standards Maintenance Professionals Should Be Aware Of 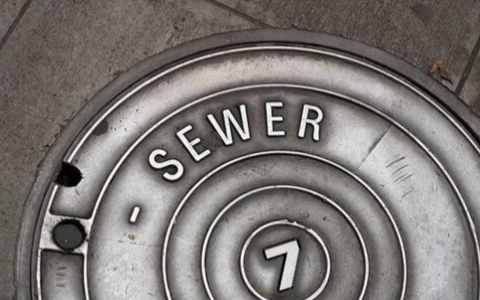 The 7 Wastes of Enterprise Maintenance Departments