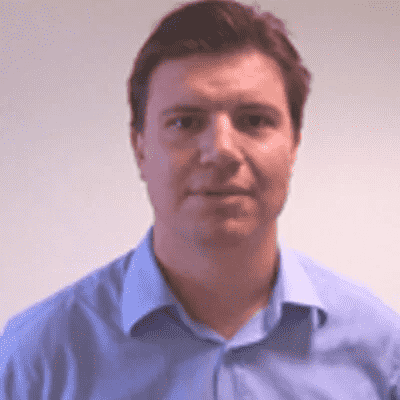 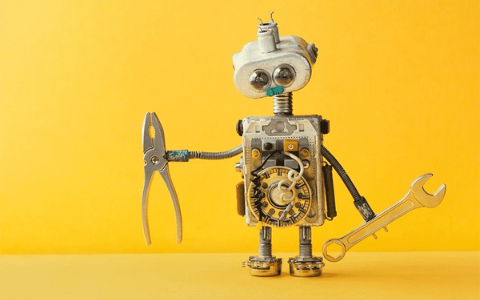 Smart devices are taking over. From drones to robot vacuums to driverless cars, we’re seeing them in household settings, but also in industrial settings too. The recent surge of interest and use is largely due to new advances in Artificial Intelligence (AI), which increases their autonomy, capabilities, and usefulness.

As smart devices get better and better, they are increasingly used to automate dangerous and laborious jobs, often completing the work more efficiently and with much higher precision than humans can.

Just one example of this is the use of service robots carrying out asset inspections. Let’s take a closer look at the benefits, what we can expect to see in the near future, and what it means for the technicians who used to do these jobs.

Robots and drones for asset inspections: The benefits

Drones reach in places that are dangerous for human workers, such as tall structures and hazardous areas (e.g., areas with radiation or high-voltage lines). As such, they are much safer when it comes to inspecting refineries, mine areas and pipelines.  Likewise, drones can operate under adverse weather and physical conditions like wind, waves, and radiation, which are among the most common sources of safety risks for human workers in field service and enterprise maintenance. (Of course, there are limitations to what they can withstand, but in many cases, they can surmount challenges that could be perilous or at very least a significant nuisance to human workers.)

Overall, one of the leading benefits of using devices powered by artificial intelligence to conduct asset inspection is that by putting the drones and robots at risk, human workers are safer and healthier.

2. Provide unprecedented richness and accuracy in data collection of an asset’s condition.

Modern drones are able to capture high resolution images and video from the assets they inspect. The rich visualizations they provide can give context and clarity regarding the assets’ conditions. For instance, they can capture images of damage and defects from multiple angles. These images can help maintenance engineers can plan and execute optimal service strategies. Most importantly, drones are becoming increasingly able to go where people can’t (or shouldn’t) go. They can capture images and video of assets that are in difficult or dangerous areas that are hardly accessible by human workers. (For example, engineers have successfully guided robots into the destroyed Fukushima nuclear power plant, where radiation could be lethal to human workers.)

3. Versatile and flexible enough for a wide range of maintenance inspection tasks.

Nowadays, many different types of UAVs are commercially available, including drones of many sizes that can fly in different ranges and that can operate autonomously for varying amounts of time. Now more than ever before, plant owners and field service engineers have options to choose from so that they can select and deploy the UAV that is most suitable for the inspection and service tasks at their organization.

Before choosing a drone (and any applicable attachments, add-ons, and tools), enterprise maintenance professionals will need to consider their requirements, including:

This flexibility of the available drones on the market means that there are now machines capable of performing inspections where only a few short years ago no such technology existed.

Simply put, data is king and drones (with their related attachments, software etc.) simplify the collecting, organizing, accessibility, sorting, sharing, processing and interpretation of data. Rather than taking notes manually (think: pen and paper), UAVs collect and process data in digital formats, which makes it much easier not only to store and organize the data, but also to produce usable reports about the inspections. Furthermore, once that data has been collected, using the right tools to make organizing, manipulating reviewing and sharing the data easy can have benefits across maintenance stakeholders, including plant owners, maintenance and automation solution providers, maintenance engineers/technicians and field workers.

Often, drone-based inspections can be performed without a need to shut down systems or equipment. In some cases, machines, tools, buildings and other systems can continue to operate while being inspected by a drone. This is not always the case with manual inspections, where some systems must be shut down in order to avoid equipment damage and injuries to human workers. Thus, UAVs lead to better OEE (Overall Equipment Efficiency) and do not disrupt services or production tasks.

There are many different ways in which UAVs contribute to cost reductions in enterprise maintenance environments. First, they reduce insurance costs for inspectors and field service personnel, who have no longer to engage in many dangerous tasks.  Second, the actual reduction of injuries reduces costs associated with absences and healthcare costs. Third, enterprises save on costs for renting the equipment that supports manual inspections, such as ladders and aerial lifts. Finally, significant cost savings stem from the fact that inspections are performed faster i.e. more inspections can be concluded in a given timeframe.

Not only do drones make it easier and more effective to collect and analyze asset data and conduct maintenance inspections, in some circumstances, organizations may be able to leverage them for supplemental purposes. For instance, a drone might be used to capture breathtaking aerial views of facilities, buildings, plants and their surrounding property, which can be used in marketing collateral from social media posts to blog articles and website updates. Finding additional ways to use an inspection drone can increase the return on investment.

Examples of robots and drones in enterprise maintenance

The vision of using drones and robots in inspection tasks is already materializing. During recent years, drones have been deployed in many different industries not only for asset inspections, but also for security and surveillance. Most of the deployments can be found in industries such as utilities and power generation, insurance, oil and gas, as well as the buildings construction and facilities management.

Take, for example, the Deloitte Maximo Center of Excellence. It has integrated an autonomous drone as part of its Enterprise Asset Management solutions. The drone solution leverages other IBM products as well, such as Watson and Bluemix, which manage UAV data integration as part of the asset management application.

As another example, aviation companies like EasyJet and Thomas Cook Airlines are planning to deploy UAVs to inspect their aircrafts and other assets. Their strategy includes the possibility of launching a UAV every time an aircraft approaches a gate, as a means of monitoring potential damage. A more advanced deployment example is Eelume's swimming robots, which deploys them for subsea inspection and light intervention. You can watch a video demonstration of the prototypes here.

We’re just now seeing the beginning of what’s to come with drones, robots and UAVs. Their use will rapidly become more popular and commonplace because of their ability to decrease costs and keep human workers safe. Moreover, drones, robots and other smart objects are only becoming more versatile and useful as their functionalities and intelligence continues to be improved.

In the future, it’s likely that we will see inspections and maintenance tasks carried out by voice-guided robots (think of it like the “Alexa” of enterprise maintenance assistants). We’ll also see a greater number of actuator robots that will complete routine field inspections, while human workers lead the way in safer, supervisory roles.

It’s an exciting time to be in the enterprise maintenance sector: the best in robots and drones is yet to come, and with them there are sure to be other benefits that we haven’t yet considered. 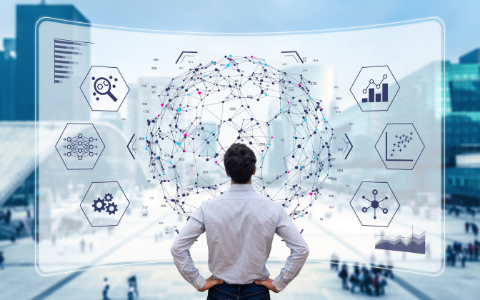 Prometheus Group is moving into 2021 with insights and predictions on what's next for the enterprise asset management industry. 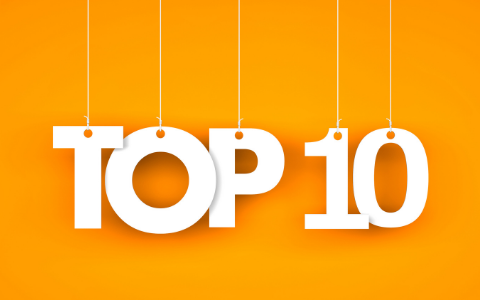 Find out what blogs ranked on our Top 10 list for 2020. For maintenance and operations teams, this is a must read! 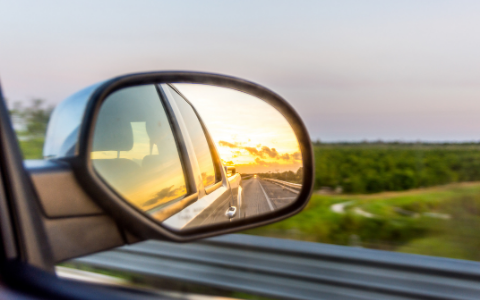 Prometheus Group: A Year in Review

A Year in Review: 2020 has been a year of global uncertainty but also of transformation for many companies in Enterprise Asset Management.